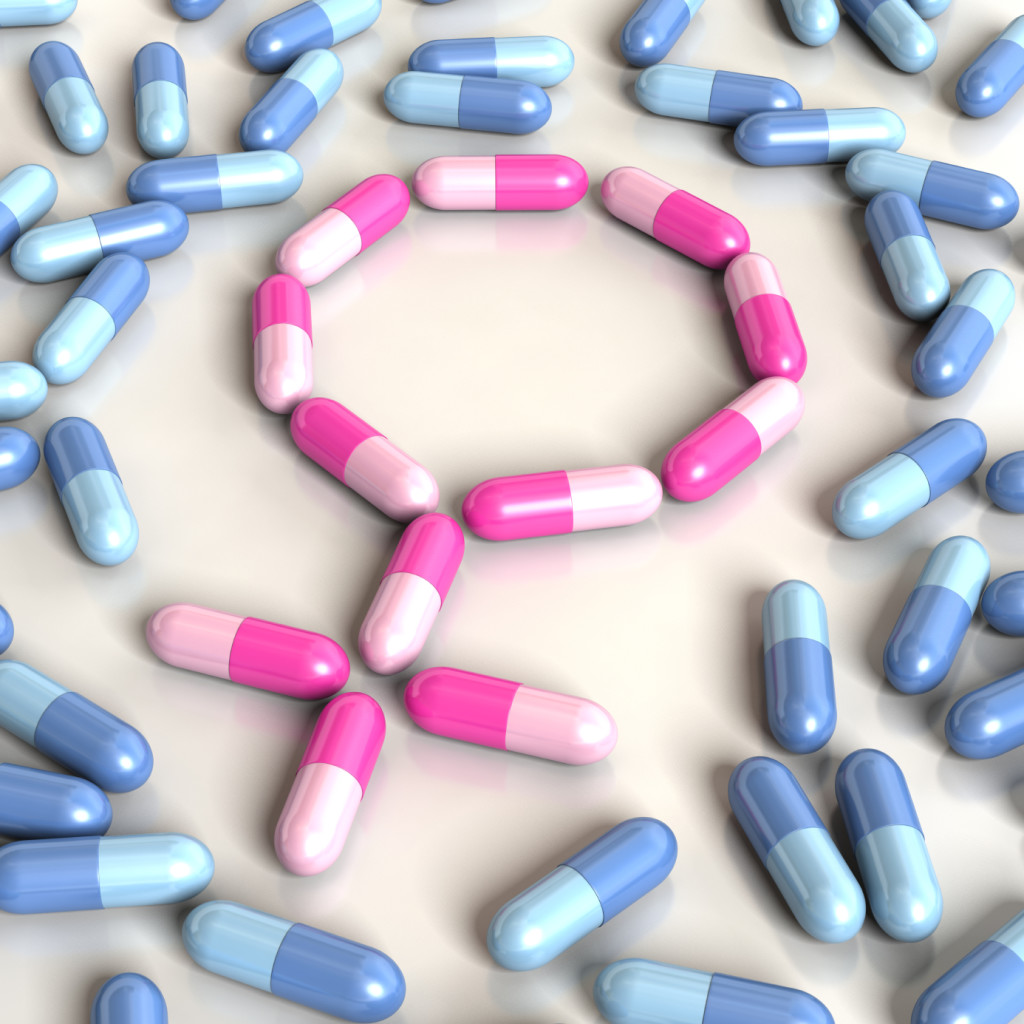 Anyone working with those who suffer from mental health issues will no doubt be aware of the fact that a far higher proportion of women seek treatment for depressive disorders than men do [1]. On the face of it, this may make it seem as though depression and depressive disorders are a particularly female problem – and, indeed, there is a certain amount of evidence to support this view. However, the other side of the coin is that these statistics are drawn only from those who seek help. It is upsettingly notable that far more men than women take their own lives each year [2], for reasons which often turn out to be related to untreated depressive conditions. Are our depression-treatment statistics really reflective of a female-specific mental health phenomenon? Or are they more indicative of a genderized culture in which men feel unable to seek help for mental and emotional problems?

To argue that the gender-biological playing field is completely level when it comes to depression risk factors would be foolish. Even the most ardent activist for gender equality would abstain from denying that women do have more biological risk factors for developing depressive disorders than men do. Hormonal fluctuations related to the female reproductive system can cause powerful mood swings, some of which can turn pathological [3]. The female reproductive system and the hormones associated with it are complex – far more so than the male. If the female body is a smartphone when it comes to reproductive hormones, the male body is a Bakelite corded phone from the 1950s. The female system has many more functions, and is capable of far more impressive processes than the male counterpart. However, the flipside of this awesome complexity is that – as everyone who’s owned a smartphone and an old-style corded telephone knows – the more advanced version has a lot more which can go wrong with it. However, while this biology must always be taken into account when dealing with gender differences in depression statistics, to pay fealty entirely to this without taking social, economic, and cultural issues [4] into account as well would be to miss out half the picture.

There is one school of thought which holds that women are more likely than men to suffer from depression because women occupy a subordinate place in society. They are subject to conflicting expectations, experience dehumanization from men who still have trouble distinguishing a human being from something which exists for their viewing pleasure, and are put through a lot of gender-expectation related violence [5]. The stress alone of struggling to achieve the ‘perfect body’ increasingly pushed upon women by society is strongly related to depression. However, gendered societal expectations do not just affect women, and it is the effect of similar gender-binary thinking on men which leads to another theory – that women do not, in fact, suffer from more depressive disorders than men, it’s just that they seek treatment for it while men feel unable to. Under this light, the number of women in treatment for depression seems a positive thing, compared to the number of men suffering in silence.

Men are subject to almost as many gendered societal expectations as women, one of the most prevalent of which is that they must always be ‘strong’. Emotions and their expression are seen as a symptom of vulnerability, and the one thing a ‘real man’ must never be is vulnerable. Everyone has heard the term ‘man up’ used to order someone to get their head together and stop malingering or pussyfooting around. A man suffering from depression is therefore far more likely to try and hide his condition for fear of appearing vulnerable and being told to ‘man up’ than he is to seek help. Women have no such restrictions. A woman can admit vulnerability and seek help for depression without having her feminine identity challenged – indeed, she is actively encouraged to do so. A man, however, cannot seek help for depression without having his masculinity questioned subliminally on multiple levels by ingrained societal mores. It is just beginning to be acknowledged that such social and cultural pressures have an extremely detrimental effect upon men with mental health issues [6]. Little wonder that a horrific number of men take the ‘manly’ way out of their predicament, and put a gun to their head.

It seems, therefore, that while there may be certain biological risk factors which make women more susceptible to depression, the real story may be hidden beneath layers of social expectation. There are more women in treatment for depression because women are more likely to admit vulnerability and seek help. The treatment statistics are undoubtedly the tip of an iceberg, beneath which millions of men are suffering unseen. Depression may not be a female issue – but it is a gender issue. If it is ever to be successfully sorted, we need to get our gender attitudes and expectations sorted first.

[2] Jesse Baring, “Sex and Suicide: Why Do More Men than Women Kill Themselves?”, Scientific American, Nov 2014

[5] Department of OB/GYN, “A feminist analysis of the theories of etiology of depression in women”, Columbia Presbytarian Medical Center, 1998

This article is written by Melissa Rogers. Melissa has suffered from depression since her early teens – she has had inpatient therapy and also received counselling in an outpatient facility – in addition to her issues with low mood, she has also suffered with EDNOS and an addiction to painkillers, which she sought help for during her time in hospital. She now writes to spread help and understanding of women’s mental health issues.