New Horizons in Psychiatry- Reflections from the Mind-Body Symposium

The Psych Scene Medical Symposium for Psychiatrists was held
on 16th November 2013 at The Langham Hotel, Melbourne 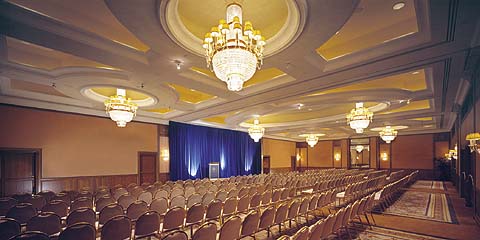 “The psychiatrist must be first and foremost and all the time a physician… In fact, psychiatry is neurology without physical signs, and calls for diagnostic virtuosity of the highest order… The psychiatrist should not only first be a physician but ideally a superlative physician.” (Neurologist Henry Miller, 1967)

Psychiatry is undergoing a transformational change. The Psych Scene Mind-Body Symposium aims to bring this transformational change to you by incorporating talks that expand our understanding of psychiatry. The aim of the symposium is to broaden horizons in looking at psychiatry holistically. Last year’s event explored the interface between endocrinology, psychoneuroimmunology and cardiology, and was a success with a total of 60 consultant psychiatrists and GP’s attending.

This year’s event was a phenomenal success with over 60 psychiatrists attending the event. We at the Psych Scene team invited transformational clinical leaders to challenge the way we think about psychiatric disorders. The talks took us from physiology to aetiology; because the medical etilogies in psychiatric patients can be missed if not known or not actively asked for. The most striking example of this was in the article by Koranyi & Potoczny (2010). The authors reviewed 21 studies performed in a range of clinical settings with diverse methodology over a period of 45 years, dealing with the rate of diagnosed and undiagnosed physical illnesses in the psychiatric patient population. The results are concerning. Approximately half of the patients (50.1%) suffered from significant physical illnesses and of these 58.2% were previously undiagnosed. A substantial portion of the physical illnesses (27.1%) produced symptoms showing direct relation to the psychopathology of the patient. The physical health of psychiatric patients has become a biological necessity if our patients are to get the best care as it underpins all psychosocial treatment that follows from there on. The motto “No health without mental health” must now also include “No mental health without physical health”.

Professor Graham Hughes, head of the Lupus Clinic in the UK, discovered Hughes’ syndrome with his team in 1983. He is truly an exceptional human being who has changed the lives of hundred’s of thousands of people around the world. We were extremely fortunate for Prof Hughes to have accepted our invitation. He came to Australia for 2 days and were surprised to learn that this was the first time he had spoken to a group of psychiatrists. There aren’t many people that have a syndrome named in their honour which in itself is a reflection of the respect his colleagues have bestowed on him. Hughes syndrome is also known as antiphospholipid syndrome (APS). Research in APS has come a long way with the identification of a range of antibodies. It is now found to be responsible for one in 5 cases of Deep vein thrombosis and miscarriages. This condition is responsible for several conditions all of which were covered in his wonderful talk ‘Tuesday’. Psychiatry has lagged behind in this respect, even though the cerebral arterial circulation is one of the most common areas of thrombosis. Professor Hughes shed light on the presentations of this unique and fascinating disorder that has presented to every specialty known to medicine, rightly crowning it the 21st century syphilis. Professor Hughes’ mysterious talk “Tuesday” was a real crowd pleaser. Another topic covered by Professor Hughes was the great mimic lupus (SLE). Retrospective studies show that the brain may be the first organ affected in SLE, making it crucial for psychiatrists and GP’s to be aware of the protean manifestations of this condition. You can learn more about this extremely important condition by visiting this website.

Associate Professor Felice Jacka is a leader in the field of diet and mental health. The questions “Could diet make a difference to mental health at population level?” and “What interventions are required?” are matters that many have thought about for many decades. A/Prof Jacka’s ongoing program of research focuses on lifestyle as a risk factor for the common mental disorders, depression and anxiety. Her presentation reviewed the new evidence for diet quality as a modifiable risk factor for the common mental disorders and addresses the potential for universal primary prevention strategies for depression and anxiety. She is now leading a trial to examine diet as a preventative tool for depression.

Professor Malcolm Hopwood is a leading psychiatrist in Australia, and spoke about novel outcomes in depression, such as increasing focus on managing both episode and illness course in depression; identifying the gap between clinician and patient views on outcome of depression treatment; novel endpoints suggested by this gap – cognition and positive emotion; and agents that promote positive effect, including novel agents under development.

My talk covered aspects of neuroinflammation that psychiatrists need to know along with key clinical features that help detect autoimmunity, based on the article co-authored with my neuroimmunologist colleague Dr Suzanne Hodgkinson. The BBB is no longer impenetrable and mechanisms exist that result in passage of autoantibodies and inflammatory markers across the BBB. Moreover, stress and trauma also trigger off inflammation and autoimmunity in susceptible individuals, which was explored in the talk. I have written a bit about this here.

Hopefully this taster has stimulated your intellectual curiosity… We look forward to bringing you many more such events.

This article is written by Dr Sanil Rege, Consultant Psychiatrist in Private Practice on the Mornington Peninsula and co-founder of psychscene.com . He has a special interest in psychoneuroimmunology and the interface between psychiatry and general medicine.