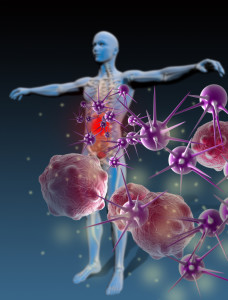 Prolonged stress is known to be harmful to our psychological health. It is one of the the most commonly cited triggers for the relapse of psychiatric disorders such as anxiety, depression, psychosis and bipolar disorder. Stress is a difficult word to define but we all know what it feels like to be “stressed out”. Another term that often goes hand in hand with stress is trauma which indicates a more severe and acute stressor which is highly associated with disorders such as borderline personality disorder (BPD) and post traumatic stress disorder. Severe traumas can also precipitate other psychiatric disorders.

What does stress and trauma do the body?
Stress and trauma trigger off complex reactions between the immune system and the Hypothalamic-Pitutary Axis (HPA). Stress and trauma activates the immune system resulting in the production of chemicals called cytokines and chemokines which are sophisticated messaging systems (think walkie-talkies) that facilitate communication between the different immune cells to mount an activated response against the damaging agents that threaten the body. In some cases this threat is internal due to products of oxidative stress and in others external such as infection or injury. ( Click here for oxidative stress and its effects)
The key immune cells are the T lymphocytes. Based on the threat involved, the T lymphocytes recruit other cells and produce chemicals of their own to destroy the offending agent if present. They may recruit B cells which produce antibodies which bind to the offending agent to destroy it. During this battle however, it is possible that certain tissues of the body itself are harmed as collateral damage. This effect is minimised through the simultaneous release of the stress hormone cortisol which is released through activation of the HPA axis. Thus, the body ensures that in periods of acute stress the offending agent is destroyed by the immune system and collateral damage is minimised through cortisol. This results in an adaptive response and the tissues of the body escape severe injury. 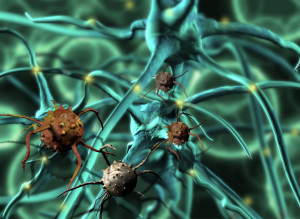 Whilst we have evolved to handle acute stressors in life, the human body is less able to handle chronic long standing stressors or repetitive acute stressors. Chronic, repetitive stressors can overwhelm our normal defences resulting in illness and disease.
T lymphocytes mentioned earlier, have cortisol receptors on their surface, so when cortisol binds to them, it tells the T lymphocytes to reduce and stop its production of harmful chemicals which in turn results in an anti-inflammatory effect , minimising the collateral damage to tissues and organs.
In chronic stress however, the body gets confused and the prolonged stress results in a decrease in the number of cortisol receptors on the T lymphocytes, a mechanism called downregulation (presumably because the body thinks the chronic stress is the new normal’). This reduction of the cortisol receptors on the T lymphocytes allows the T cells to wreak havoc by producing an unrelenting supply of inflammatory mediators with no brake. So when the immune system is actively fighting the posed threat from “stress”, there is reduced or no counteracting signal to minimise the collateral damage from the production of the inflammatory mediators. This can set up a vicious cycle of inflammation and tissue damage. In certain vulnerable individuals this process can set up a prolonged autoimmune reaction where the body attacks itself. This happens because certain particles released during tissue damage (which are normally kept hidden inside the cell now become exposed after cell damage) may be recognised by immune cells as foreign, resulting in an attack on the body’s own tissues. This is often seen in autoimmune disorders such as lupus, autoimmune thyroiditis etc. It is well known that these disorders ‘flare up’ during stressful life events.

How does this affect the Brain? 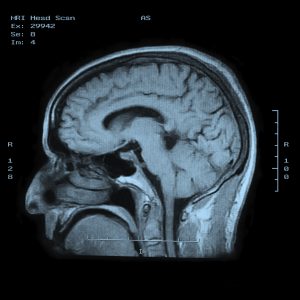 The blood brain barrier (BBB) is a highly intricate barrier that protects the brain from attack by internal and external agents. It is, however, not fool proof and can be overwhelmed by a number of mechanisms (passage through the vagus nerve, areas devoid of BBB, cross talk between immune cells, endothelial activation etc). Immune dysregulation that begins in the rest of the body can pass through the blood brain barrier and initiate a self sustaining immune mediated reaction in the brain. The brain unit does not contain T and B cells (although these can pass through from the periphery) but its own immune cells which are called microglia, astrocytes and oligodendrocytes. (microglia are the main immune cells but the others have been known to be involved to some extent in the immune response)
The activation of microglia results in the production of cytokines which can activate an enzyme called IDO (Indoleamine 2, 3-dioxygenase) which in turn interferes with glutamergic transmission, a crucial chemical in brain function. Glutamergic dysfunction is well documented in psychiatric disorders. IDO activation results in the production of excess glutamate which is excitotoxic and can result in seizure like activity. Furthermore, these inflammatory mediators produced by microglia and astrocytes can also directly kill oligodendrocytes which produce myelin (important component of nerve sheaths to facilitate nerve transmission). Also killed in the process are mitochondria ( this was discussed in the article on Co Enzyme Q 10), which are the energy powerhouses of the cell. A cascading effect can be set up if this inflammatory process does not subside. This inflammatory process has been implicated in a range of disorders such as psychiatric disorders, multiple sclerosis, and neurodegenerative disorders such as Parkinson’s and Alzheimer’s disease. You can read more about autoimmune diseases masquerading as psychiatric disorders here.

How does this relate to clinical practice?
Patients often complain of stress in conjunction with their psychiatric illness, which is both the cause and effect of psychiatric illness. Conditions such as Borderline Personality Disorder (BPD) and Post Traumatic Stress Disorder(PTSD) where stress and trauma are key triggers show prominent inflammatory processes underpinning their pathophysiology.
A recent study (albeit small sized study) used a steroid in ameliorating the symptoms of PTSD (Aerni et al, 2004). Inflammation is implicated in patients with BPD possibly contributing to symptoms such as fatigue (which has inflammatory mechanisms), migraines, Polycystic Ovarian Syndrome (PCOS), joint pains and anti thyroid antibodies( indicating autoimmunity). EEG’s (Brain waves) of patients with BPD show unusually high rates of abnormal activity.

We have no means of quantifying stress and some people may be more vulnerable than others. In our busy lives, we experience stress in varying degrees and it is difficult to have a completely stress free life. Remember, in small doses stress is adaptive and functional. It is time that we recognise the importance and the harm that chronic stress can do to our bodies and brains. Coping strategies to deal with chronic stress such as meditation, exercise, yoga, relaxation, holidays, nutrition, medications (when necessary) all go a long way in combating and minimising the damage that stress can cause to your health. In addition, it can save you hospital and doctors visits in the future. The next time you have that headache, your body might be trying to tell you something. So take a moment to ask yourself, Am I coping well with the stressors in life?

Here is a quick video that takes you into the world of neuroinflammation.

References:
1. Rege and Hodgkinson (2013), Immune dysregulation and autoimmunity in bipolar disorder: Synthesis of the evidence and its clinical application.

Dr Sanil Rege’s afternoon session on ‘Neuroinflammation in Psychiatry – the Link Between the Immune System and the Brain’.

This article is written by Dr Sanil Rege. Sanil is a Consultant Psychiatrist in private practice on the Mornington Peninsula and co-founder of psychscene.com. He is pursuing an MBA at the Melbourne Business School.  You can follow him on Google+